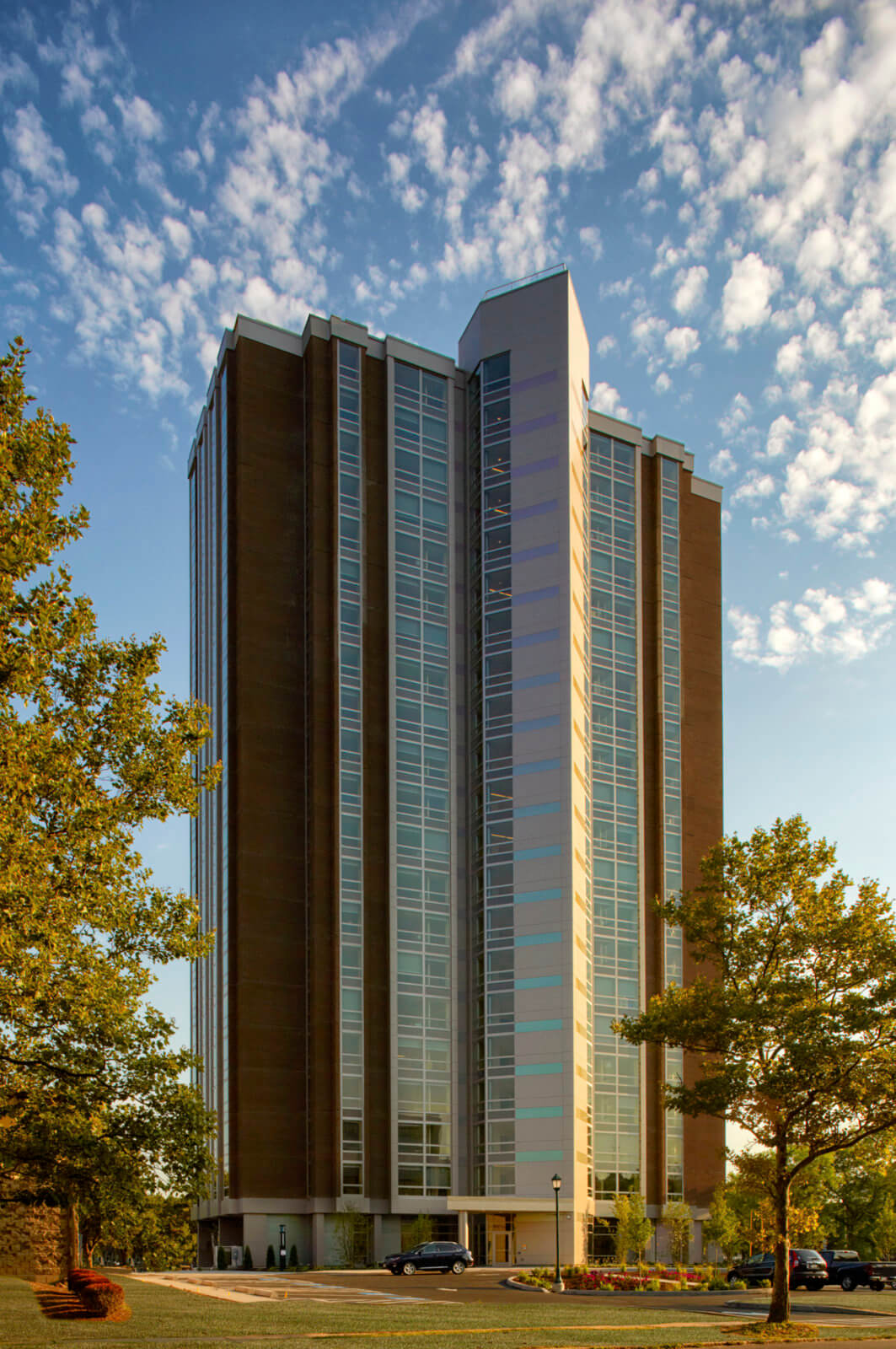 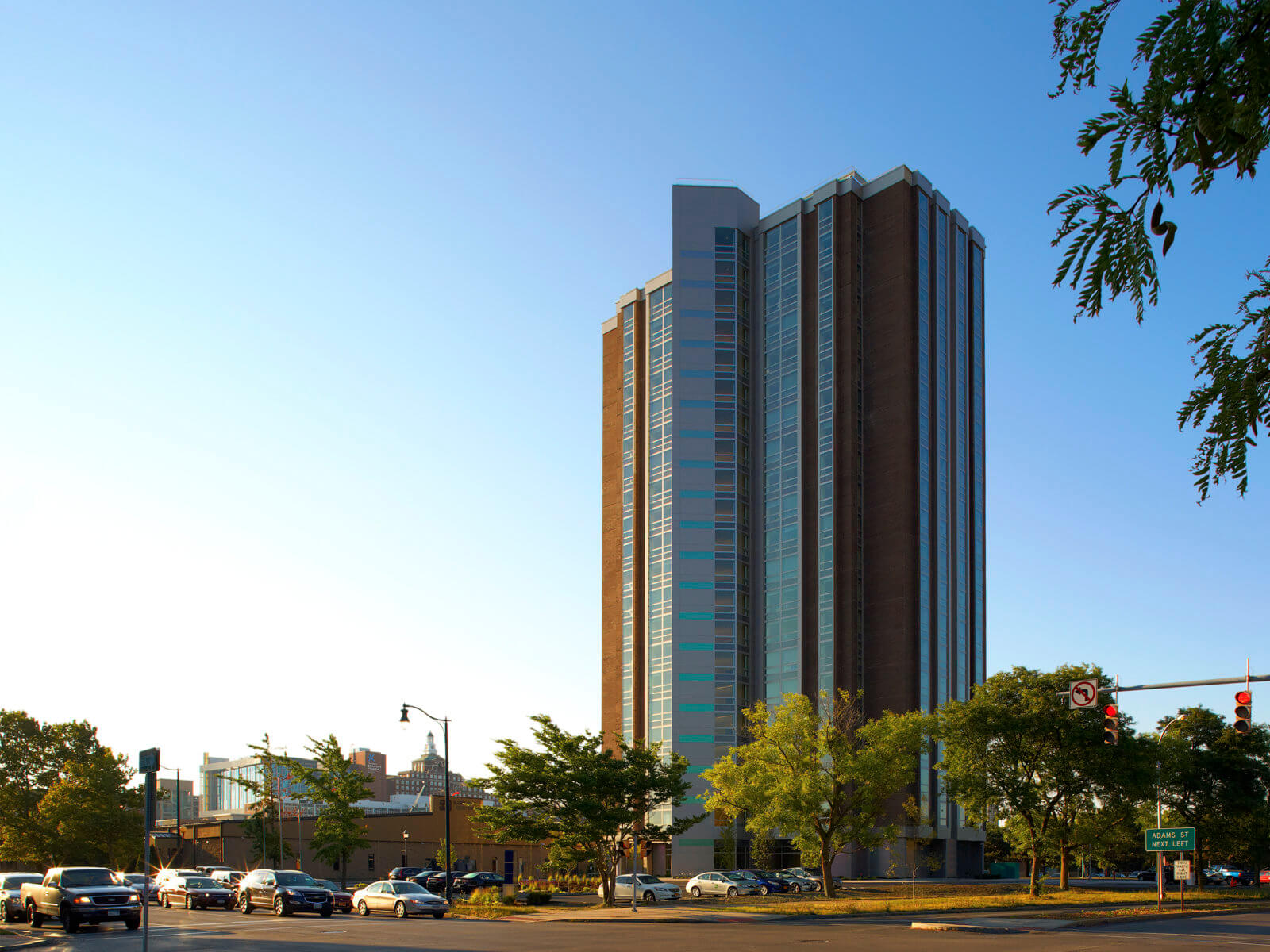 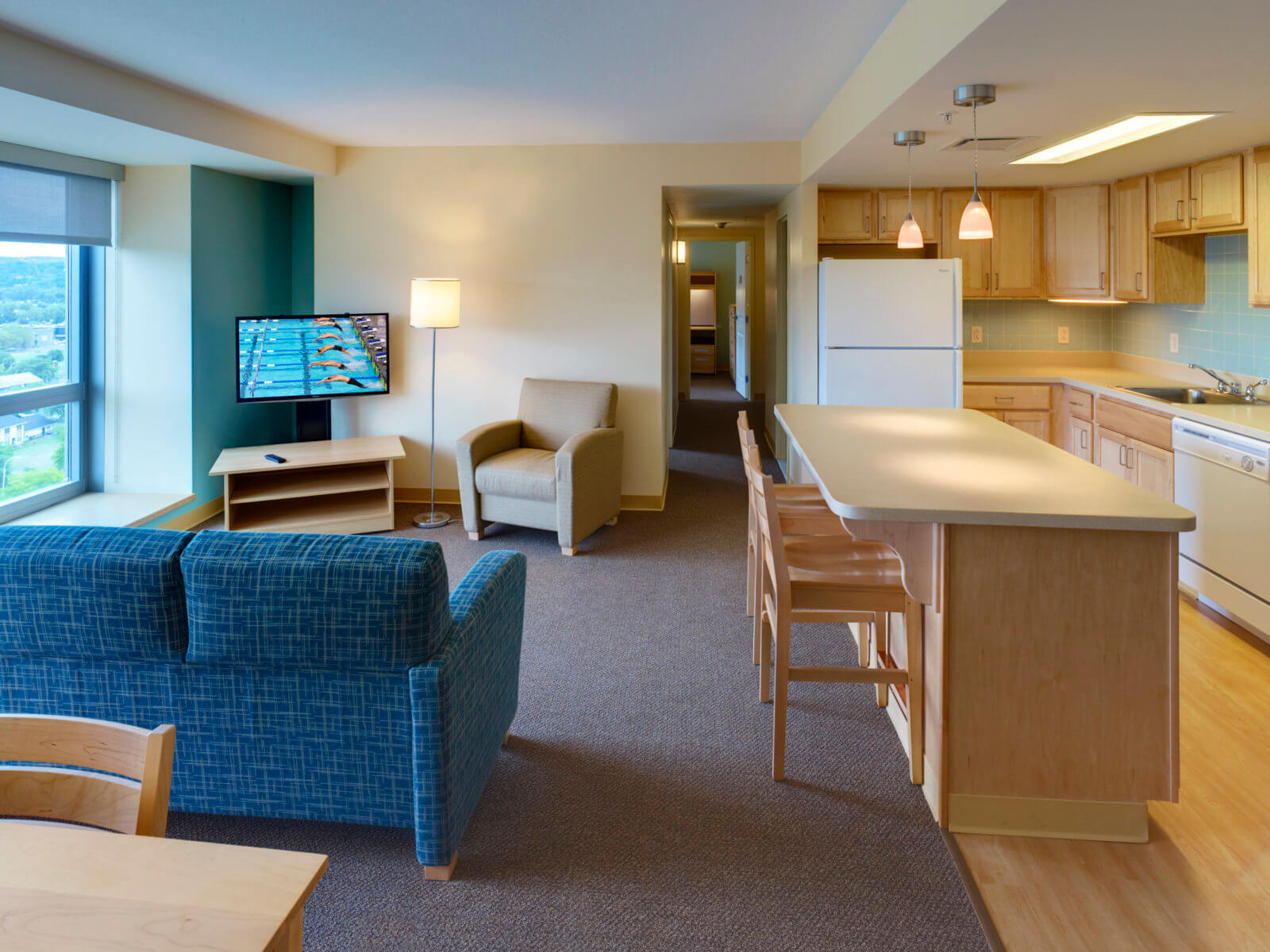 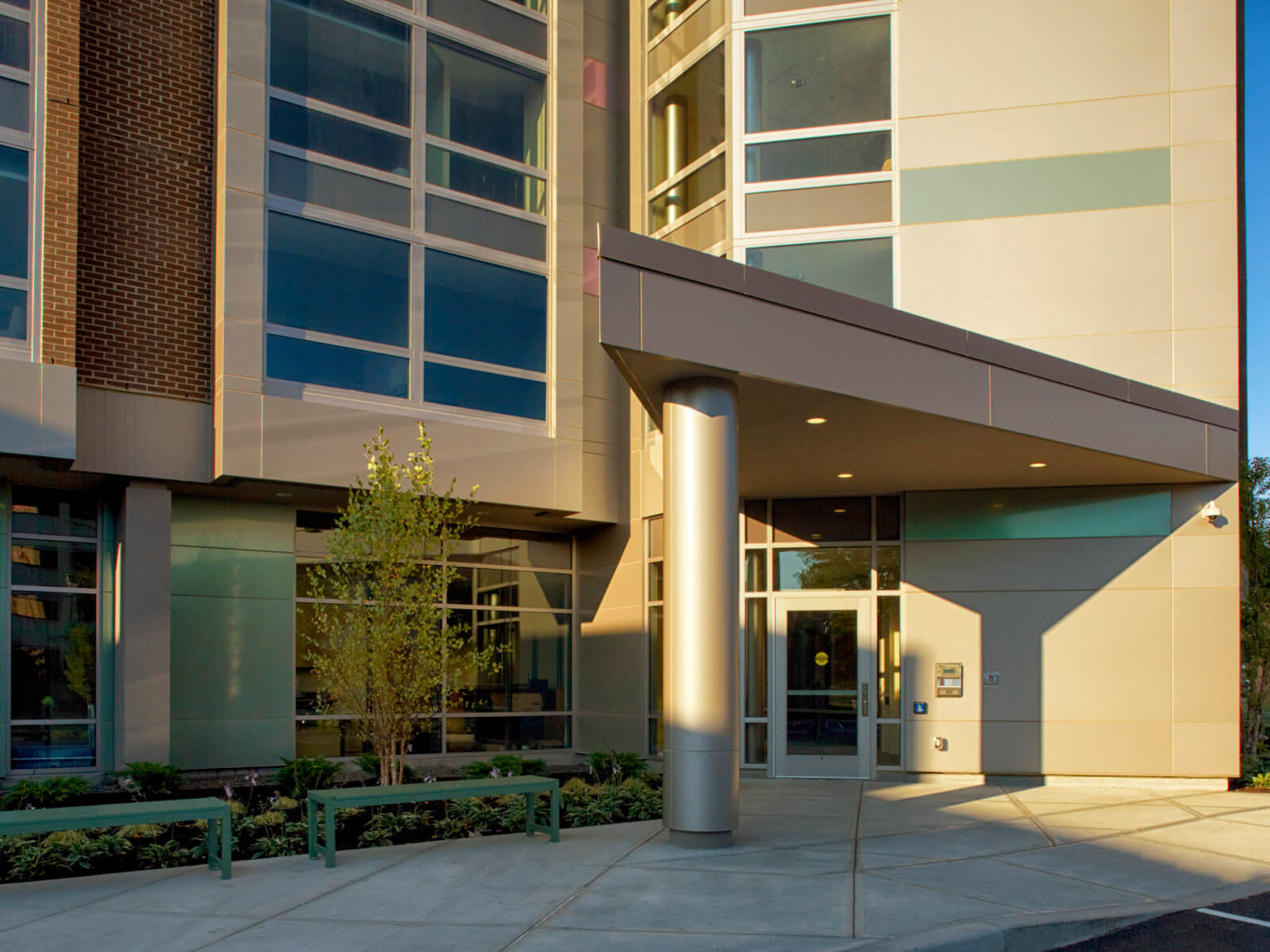 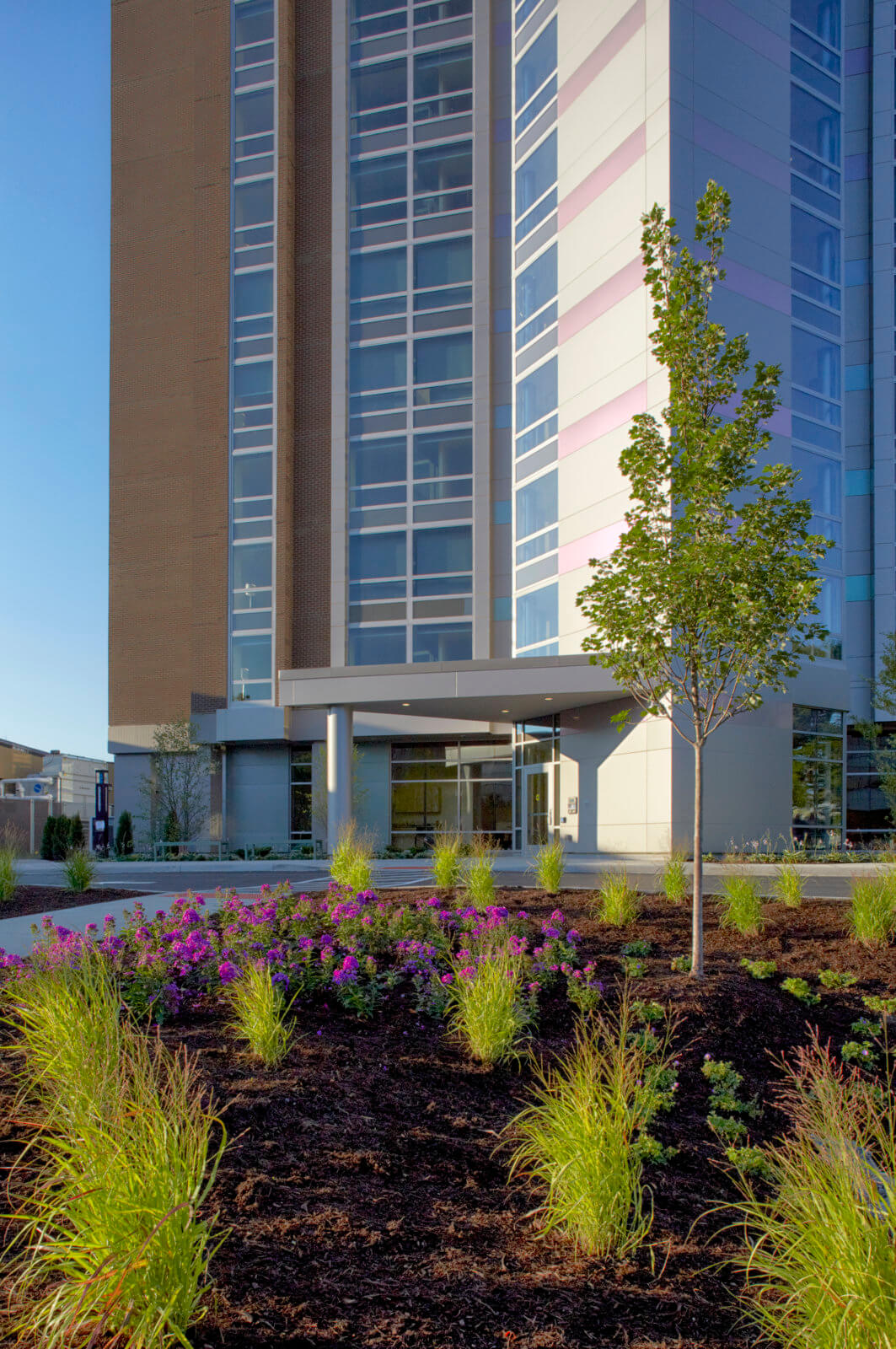 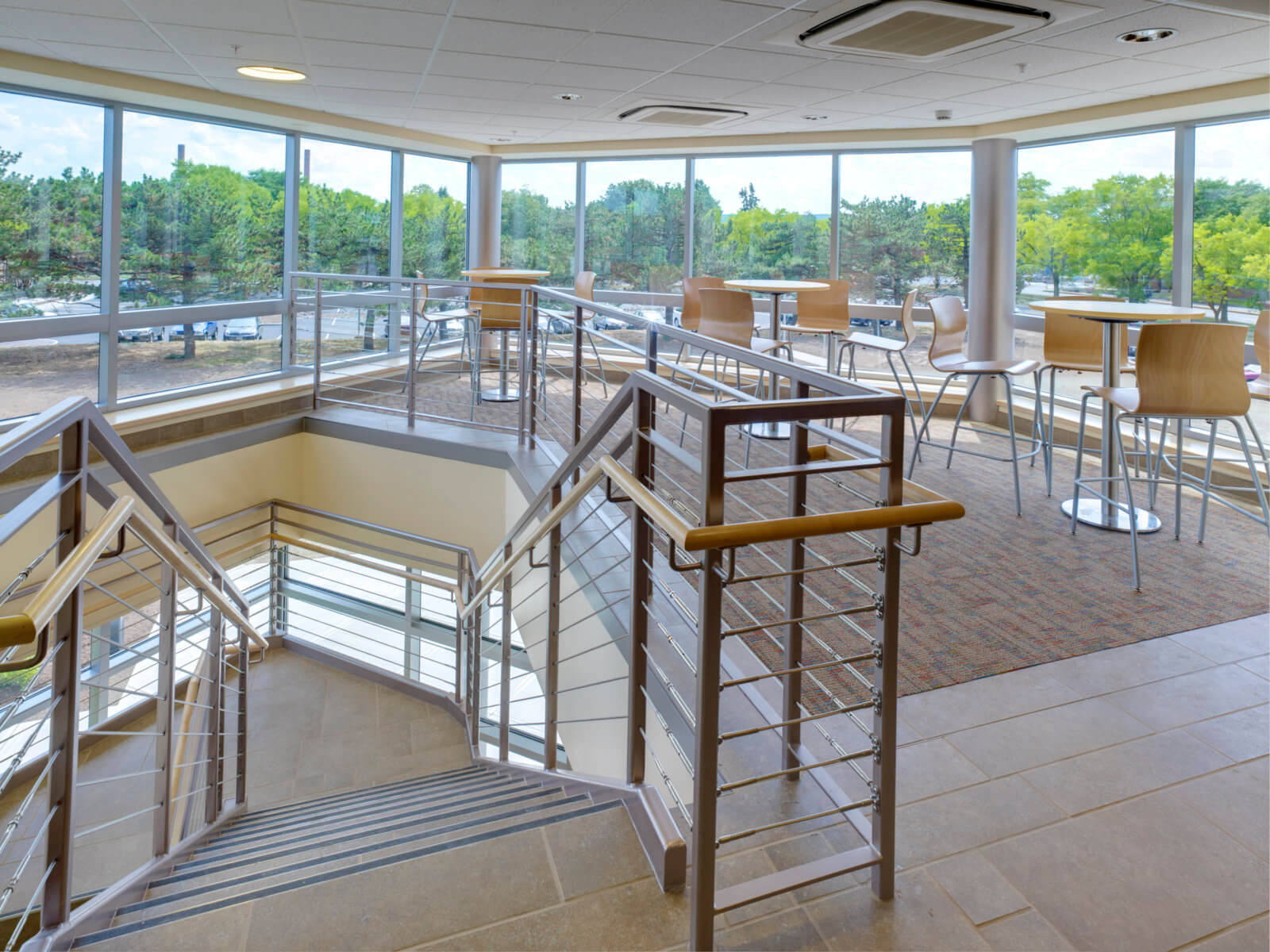 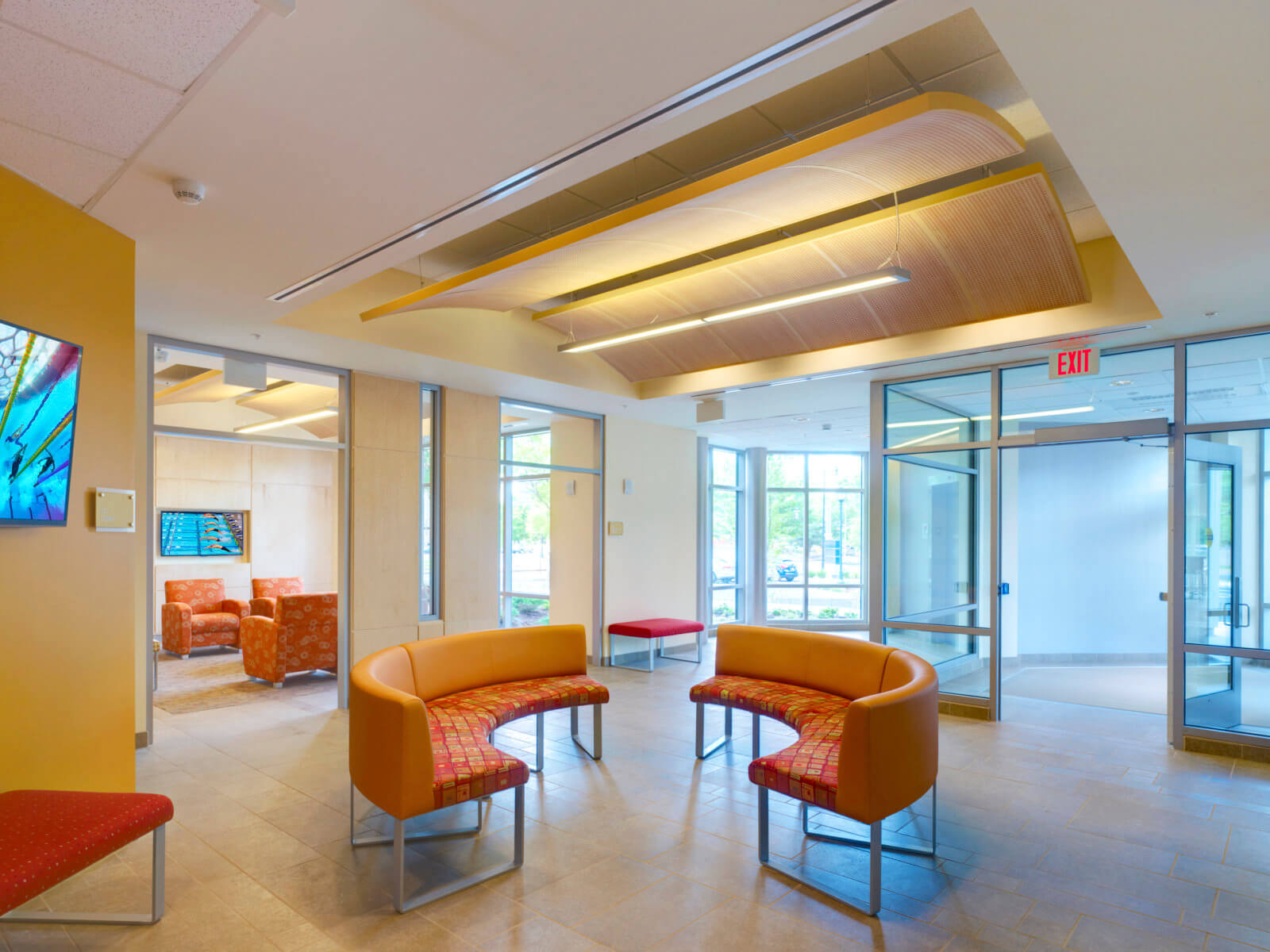 Geneva Tower was created through the renovation and transformation of an existing 140,000 SF, 21-story cast-in-place concrete structure supported on a pile foundation. The original building was constructed as a multi-family development in the early 1970’s consisting of 200 efficiency and two-bedroom apartments. The structure was served by two small 2000 lb. geared elevators and a scissor stair system.

Architecteam was commissioned to redesign the apartment layout and facade to meet the changing needs of a new generation of urban dweller and university student and to revitalize development in and around the University’s expanding west campus.  We designed a new 139- apartment layout consisting of one-, two-, and four-bedroom living arrangements.  Each apartment was designed around the open plan concept for the living spaces to make use of generous amounts of available natural light and views of the city and surrounding valley.  Space was increased within each unit by capturing the balconies and enclosing them with large expanses of energy efficient glass.  The new work also included additions to the north and south facades. The north addition consisted of a 21-story elevator hoistway and lobby constructed on a pile foundation, while the south addition contained a new entrance and a new two-story glass enclosed stairway allowing for convenient access from the first floor lobby to second floor common areas, including lounge, study and fitness spaces.  The new elevator provided code compliant access to all floors for emergency personnel as well as access to individuals with mobility impairment.  Energy saving improvements included the installation high density foam insulation, new fixed thermally- broken aluminum framed windows allowing for high visible light transmittance and a low solar heat gain coefficient. The electric heating system was replaced with a variable refrigerant volume system, which supplies heating and cooling to the apartments via closet based fan coil units.  The resultant project achieved a LEED Silver rating.